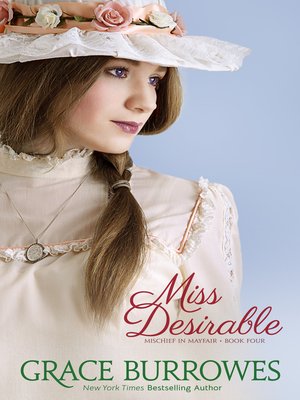 Miss Catherine Fairchild spent much of her life haring about the globe with her diplomat parents, though she grasped at a young age that as a legitimate by-blow, her social standing among Polite Society would be marginal at best. Now she's lost both parents and is settled back in London, where she learns that not only is she an heiress, but that the family title can be preserved through the female line.

Miss Dubious has become Miss Desirable, though Catherine has no plans to marry—or so she claims. Even if she were to admit to some loneliness, the last place she'd turn for companionship would be one of Mayfair's fawning fortune hunters. The one person she can trust to treat her honestly is Monsieur Xavier Fournier, a plainspoken émigré who also has no intention of putting his foot in parson's mousetrap... Or so he claims.