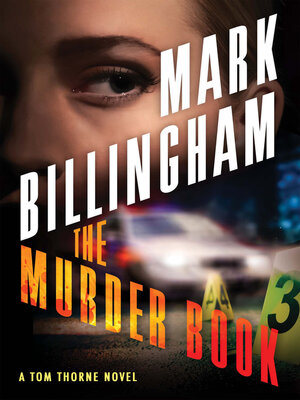 A spate of brutal murders threatens the newfound happiness of "one of the most credible and engaging heroes in contemporary crime fiction" (Ian Rankin).
Tom Thorne finally has it all.
In Nicola Tanner and Phil Hendricks, Thorne has good friends by his side. His love life is newly reformed by a promising relationship and he is happy in the job he has devoted his life to.
As he sets off hunting the woman responsible for a series of grisly murders, Thorne has no way of knowing that he will be plunged into a nightmare from which he may never wake. A nightmare that has a name. Thorne's past threatens to catch up with him and a ruinous secret is about to be revealed. If he wants to save himself and his friends, he will have to do the unthinkable.
Tom Thorne finally has a lot to lose.
Praise for the Tom Thorne series
"Morse, Rebus, and now Thorne. The next superstar detective is already with us—don't miss him." —Lee Child
"Billingham is a world-class writer and Tom Thorne is a wonderful creation. Rush to read these books." —Karin Slaughter
"With each of his books, Mark Billingham gets better and better. These are stories and characters you don't want to leave." —Michael Connelly
"Mark Billingham has brought a rare and welcome blend of humanity, dimension, and excitement to the genre." —George Pelecanos
"A fantastic thriller, combining a gripping plot and lead characters of remarkable depth . . . Readers who grab this one but aren't familiar with its predecessors will be seeking them out. A series to savor." —Booklist (starred review)