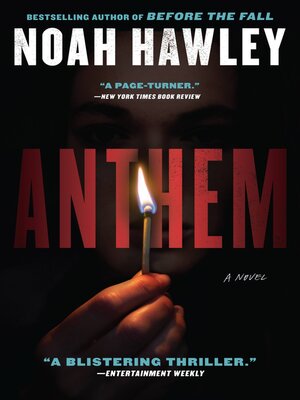 “A blistering thriller that follows a group of teenagers on an adventure through an apocalyptic America much like our own.” ―Entertainment Weekly

Bestselling author of Before the Fall and Emmy Award-winning screenwriter Noah Hawley (FX’s Fargo) returns with a chilling and prophetic allegory of America as it is now and as it could be.

It begins with a Song...

In a country divided by pandemic, climate change, and incendiary rhetoric, a new plague infects American teens via social media: a contagious new meme spreading chaos and fear. Desperate parents look for something, anything to stop the madness. At the Float Anxiety Abasement Center, in a suburb of Chicago, Simon Oliver is trying to recover from his sister’s tragic passing. He breaks out to join a woman named Louise and a man called the Prophet on a quest as urgent as it is enigmatic. Who lies at the end of the road? A man known as the Wizard, whose past encounter with Louise sparked her own collapse. Their quest becomes a rescue mission as those most in danger race to save one life – and the country’s future.

Anthem is rich with unforgettably vivid characters, as fast and bright as pop cinema. Noah Hawley takes readers along for a leap into the idiosyncratic pulse of the American heart, written with the playfulness, biting wit, literary power, and foresight that have made him one of our most essential writers.