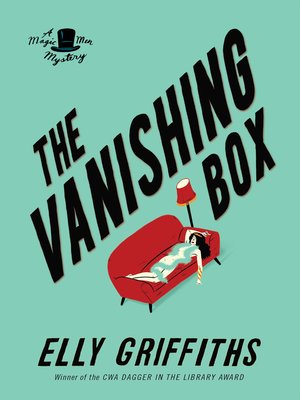 View more libraries...
A magician plays detective when a show girl is murdered in an English resort town in this historical mystery by the Edgar Award-winning author.

Brighton, England, 1953. Over the holiday season, Max Mephisto and his daughter Ruby are headlining a variety show at the Brighton Hippodrome. Landing a gig at the city's biggest theater is a major achievement, and only slightly marred by the less-than-savory supporting act: a tableau show of naked "living statues." But when one of the girls goes missing and turns up dead not long after, Max and Ruby realize there's something far more sinister than obscenity afoot in the theater.

Max's good friend DI Edgar Stephens is on the case. As he searches for the killer, he begins to suspect that the girl's fatal vanishing act may be related to another case—the death of a local florist. But just as he's narrowing in on the missing link, Ruby goes missing, and he and Max must reach deep into their bag of tricks to find her before it's too late.