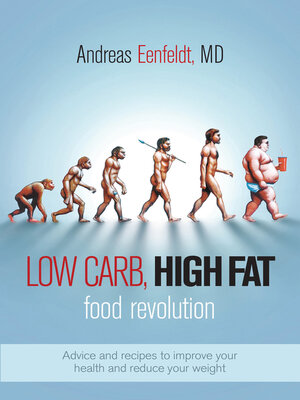 View more libraries...
From the founder of DietDoctor.com. "If you read a single theoretical book on low carbohydrate diets, this is the one." —Living with Diabetes magazine
You hear miraculous stories in the news all the time—a man loses 370 pounds, another is able to return ten of his twelve medications at the pharmacy, and an epileptic child suddenly stops having seizures—each experiences a miraculous change in health, all from simply changing his or her diet. Fascinatingly, these stories all have one thing in common; the subjects started eating the opposite of what they had previously been told was healthy. The dietary guidelines they had learned growing up had failed them.
Medical science has long turned a blind eye to such stories. But now the tide is changing, as more and more major studies are being conducted on what the body truly needs to survive—and the findings are alarming. The belief in eating less fat and less saturated fat is mistaken. Inadvertently, this advice may be the biggest reason behind the obesity and diabetes epidemic. It's time to take a stand; it's time for real food again!
In Low Carb, High Fat Food Revolution, Dr. Andreas Eenfeldt takes the offensive by exploring the severe systematic failures on which many of today's dietary guidelines are based. For Eenfeldt's patients, the solution has been a low-carb, high-fat diet that allows you to eat your fill—and still lose weight. The book concludes with a guide section full of tips and recipes—everything you need to start your own food revolution.
"A book that I hope as many people read as possible." —Jonas Colting, Swedish triathlete