ebook ∣ And Other Essays · Perspectives on Deafness 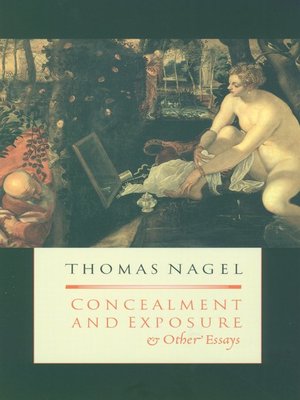 Thomas Nagel is widely recognized as one of the top American philosophers working today. Reflecting the diversity of his many philosophical preoccupations, this volume is a collection of his most recent critical essays and reviews.The first section, Public and Private, focuses on the notion of privacy in the context of social and political issues, such as the impeachment of President Clinton. The second section, Right and Wrong, discusses moral, political and legal theory, and includes pieces on John Rawls, G.A. Cohen, andT.M. Scanlon, among others. The final section, Mind and Reality, features discussions of Richard Rorty, Donald Davidson, and the Sokal hoax, and closes with a substantial new essay on the mind-body problem. Written with characteristic rigor, these pieces reveal the intellectual passion underlyingthe incisive analysis for which Nagel is known.