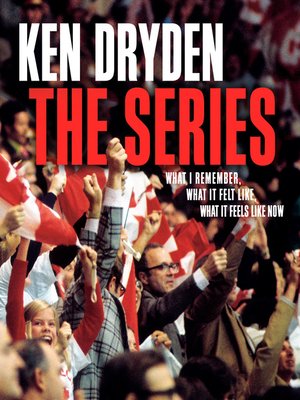 The best against the best for the first time. Canada, the country that had created the game; the Soviet Union, having taken it up only twenty-six years earlier. On the line: more than the players, more than the fans, more than Canadians and Russians knew.
So began an entirely improbable, near-month-long series of games that became more and more riveting, until, for the eighth, and final, and deciding game—on a weekday, during work and school hours all across the country—the nation stopped. Of Canada’s 22 million people, 16 million watched. Three thousand more were there, in Moscow, behind the Iron Curtain, singing—Da da, Ka-na-da, nyet, nyet, So-vi-yet!
It is a story long told, often told. But never like this.
Ken Dryden, a goalie in the series, a lifetime observer, later a writer, tells the story in “you are there” style, as if he is living it for the first time. As if you, the reader, are too.
The series, as it turned out, is the most important moment in hockey history, changing the game, on the ice and off, everywhere in the world. As it turned out, it is one of the most significant events in all of Canada’s history.
Through Ken Dryden’s words, we understand why.