ebook ∣ Saving Myself From Alcoholism in a Thai Monastery 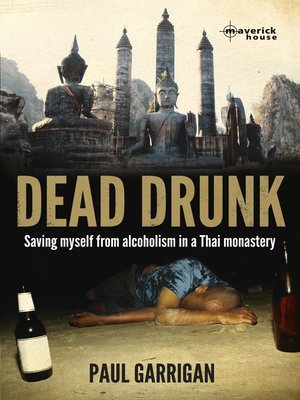 Dead Drunk is the moving and powerful story of a teenager who lost himself to alcohol addiction after the breakdown of his parents' marriage. Paul Garrigan has written an honest (and often darkly humorous) account of his alcoholism. His adventures took him from the quiet suburbs of Dublin to begging on the streets of London, getting paid to drink in Oxford, and swigging illegal booze in Saudi Arabia, before finally ending up in a remote Thai village where he fully succumbed to his addiction, and was determined to drink himself to death. While surfing the Internet one night he came across a highly unorthodox detox programme being offered by Buddhist monks, and in a last-ditch attempt at sobriety, he set out on what he was sure would be his strangest and most difficult journey yet. Dead Drunk is a story of redemption and of how one man found sobriety. It is a story of hope.