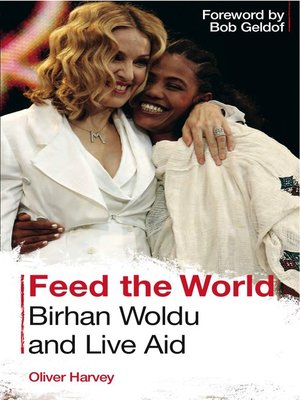 Birhan Woldu became one of the most recognized faces and forms of the late 20th century after her skeletal image was broadcast at the end of Live Aid to publicize famine in Africa. Although Live Aid, led by musicians such as Bob Geldof and Bono, raised millions for famine relief, most people thought Birhan was dead – until, that is, she was 'rediscovered' by Canadian journalist Brian Stewart, who helped fund her schooling and helped change her life. Twenty years later, Birhan once again became a symbol of hope for Africa when she appeared on stage at Live 8 with Madonna and Geldof in front of millions. But how did she get to that point?

Journalist Oliver Harvey tells Birhan's life story – from the days of famine and war in Ethiopia when her father literally carried Birhan and her sister on his shoulders more than 900 km on an epic journey to life, to Live Aid and the years of struggle between. This is a truly inspirational story of triumph over extreme adversity.