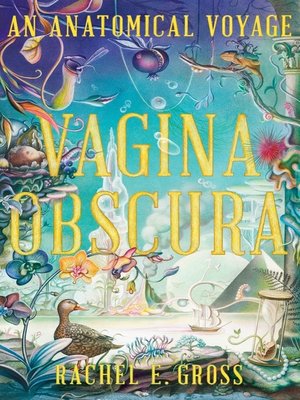 A myth-busting voyage into the female body.

A camera obscura reflects the world back but dimmer and inverted. Similarly, science has long viewed woman through a warped lens, one focused narrowly on her capacity for reproduction. As a result, there exists a vast knowledge gap when it comes to what we know about half of the bodies on the planet.

That is finally changing. Today, a new generation of researchers is turning its gaze to the organs traditionally bound up in baby-making—the uterus, ovaries, and vagina—and illuminating them as part of a dynamic, resilient, and ever-changing whole. Welcome to Vagina Obscura, an odyssey into a woman's body from a fresh perspective, ushering in a whole new cast of characters.

In Boston, a pair of biologists are growing artificial ovaries to counter the cascading health effects of menopause. In Melbourne, a urologist remaps the clitoris to fill in crucial gaps in female sexual anatomy. Given unparalleled access to labs and the latest research, journalist Rachel E. Gross takes readers on a scientific journey to the center of a wonderous world where the uterus regrows itself, ovaries pump out fresh eggs, and the clitoris pulses beneath the surface like a shimmering pyramid of nerves.

This paradigm shift is made possible by the growing understanding that sex and gender are not binary; we all share the same universal body plan and origin in the womb. That's why insights into the vaginal microbiome, ovarian stem cells, and the biology of menstruation don't mean only a better understanding of female bodies, but a better understanding of male, non-binary, transgender, and intersex bodies—in other words, all bodies.

By turns funny, lyrical, incisive, and shocking, Vagina Obscura is a powerful testament to how the landscape of human knowledge can be rewritten to better serve everyone.