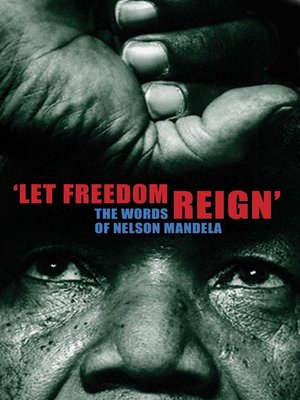 On 10 May 1994, Nelson Mandela became South Africa's first black president, uttering the words 'let freedom reign' as part of his famous inaugural address. More than 100,000 people turned up to hear him speak. Mandela's great skill as an orator has enabled him to use the power of words as an important weapon in his fight against discrimination and injustice in the world. This collection, which marks the 20th anniversary of Mandela's release from prison in February 1990, explores how his electrifying speeches and impressive rhetoric helped bring about social and political change in South Africa, through, among other things, the dismantling of the apartheid system. Throughout his lifetime, Mandela has spoken about and written on such issues as global warming, HIV/AIDS, human rights, racism and discrimination and women's rights, and some of these are showcased in 'Let Freedom Reign'. In this book, author Henry Russell analyses the linguistic features, content and context of Mandela's speeches, revealing the oratory skill behind this great man's most inspiring words.