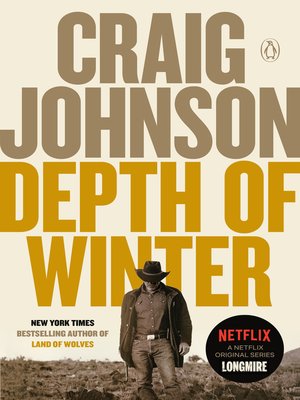 View more libraries...
“It’s the scenery—and the big guy standing in front of the scenery—that keeps us coming back to Craig Johnson’s lean and leathery mysteries.”
—The New York Times Book Review
Walt journeys into the northern Mexican desert alone to save his daughter Cady, who has been kidnapped by the cartel
Welcome to Walt Longmire's worst nightmare. Winter is creeping closer, but for Sheriff Longmire this one is looking to be harsh in a way to which he is wholly unaccustomed. He has found himself in the remotest parts of the northern Mexican desert, a lawless place where no horse or car can travel, where no one speaks his language or trusts an outsider, far from his friends and his home turf back in Wyoming. But desperate times call for desperate measures. Tomas Bidarte, the head of one of the most vicious drug cartels in Mexico, has kidnapped Walt's beloved daughter, Cady. The American government is of limited help and the Mexican one even less so. Armed with his trusty Colt .45 and a father's intuition, Walt must head into the 110-degree heat of the desert, one man against an army.