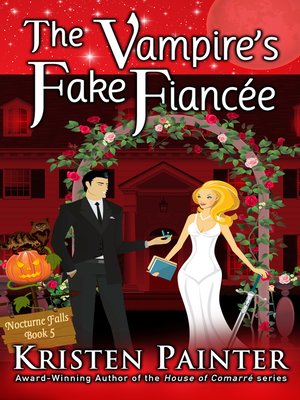 View more libraries...
Welcome to Nocturne Falls, the town that celebrates Halloween 365 days a year.
The tourists think it’s all a show: the vampires, the werewolves, the witches, the occasional gargoyle flying through the sky. But the supernaturals populating the town know better.
Living in Nocturne Falls means being yourself. Fangs, fur, and all.
Sebastian Ellingham isn’t known for being a happy vampire. And when his long estranged wife returns expecting to pick up where they left off, things take a sharp turn toward cranky. Sure he’s been protecting her for centuries, but her assumption that he’s still available (he is) rankles.
His answer is to hire a woman to play his fiancée. The lucky victim is Tessa Blythe, sister of one of the town’s deputies, librarian in need of a job and, oh yes, reluctant Valkyrie. Playing along with Sebastian is all about the end game: earning the position of Dean of Library Studies at the local private academy.
When unexpected sparks fly between them, they agree to mutually deny the attraction. Fate, however, has other plans…