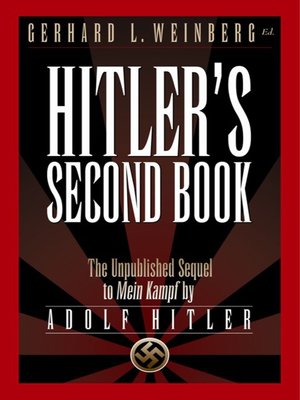 Hitler's Second Book is the first complete and annotated edition of the manuscript Hitler dictated shortly before his rise to power four year after publishing Mein Kampf. It contains a catalog of shocking policy statements and previously undisclosed plans of world conquest at the core of Nazi ideology that Hitler concluded were too provocative for publication.