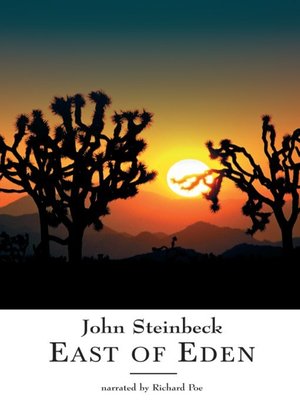 Written in his later years, Steinbeck's novel follows the intertwined affairs of two families in southern California. As the saga unfolds, it also becomes a retelling of two powerful stories from Genesis: the fall of Adam and Eve, and the rivalry of Cain and Abel. Steinbeck crafted East of Eden as a profound allegory and considered it, besides The Grapes of Wrath, his most important work.