The Life of Galileo 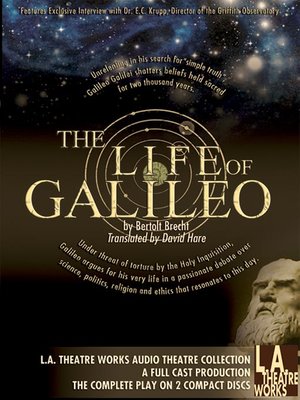 Unrelenting in his search for "simple truth" Galileo Galilei shatters beliefs held sacred for two thousand years. But, under threat of torture by the Holy Inquisition, his scientific and personal integrity are put to the test as he argues for his very life in a passionate debate over science, politics, religion and ethics that resonates to this day.

Includes an interview with Dr. E.C. Krupp, Director of the Griffith Observatory.

The Life of Galileo is part of L.A. Theatre Works' Relativity Series featuring science-themed plays. Major funding for the Relativity Series is provided by the Alfred P. Sloan Foundation to enhance public understanding of science and technology in the modern world.