Australia at the Time of Federation 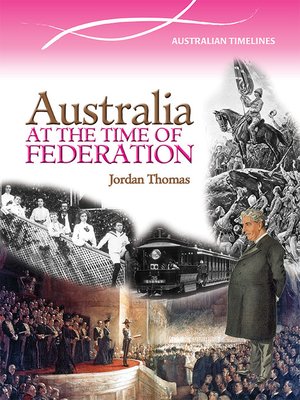 Federation was the time when Australia changed from being six separate colonies to a united Commonwealth. On 1 January 1901 the entire country celebrated the new beginning.

This is the story of the Australia that boasted one of the highest living standards in the world. Racism infected many things the new Commonwealth did; however, on the positive side, women already had the vote in South Australia, a right that would soon extend to all.

From politics to war, living and entertaining, working, travelling and shopping, this is Australia at the Time of Federation.