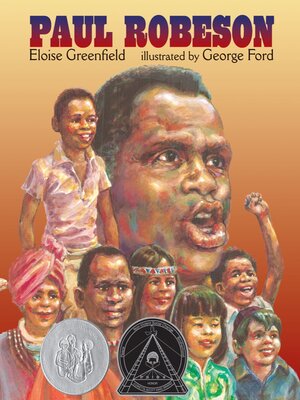 An updated and redesigned edition of an award-winning biography of Paul Robeson, who overcame racial discrimination to become an international entertainer and civil rights activist. Includes a new introduction and afterword by the author, focusing on Robeson's legacy.

Paul Robeson, born in 1898 and the son of a pastor, learned from his father to love written and spoken words, to be proud of being black, and to stand up for what he believed was right. These were the things that guided Paul throughout his life.

After achieving academic and athletic success in school, Paul gained fame as a singer and an actor. His talent and his deep, rich voice won him fans and admirers worldwide. But as he traveled the globe for performances, Robeson became disturbed by the poverty and injustices he saw. In the 1940s and 1950s he began speaking out and fighting for freedom. Such activism was not tolerated, and Robeson came to be considered an enemy by the United States government.

With dignity and a dynamic spirit, Paul Robeson-athlete, actor, singer, and civil rights activist-stayed true to himself and took a stand for his beliefs. A new generation of readers will soon be introduced to this courageous man.