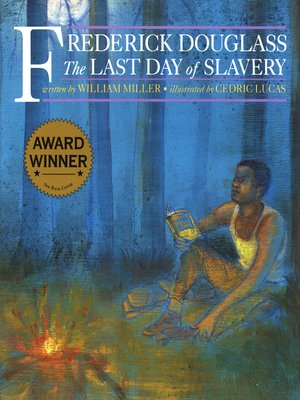 The story of the African American abolitionist who, in one dramatic incident, discovered the meaning of freedom.

Born into slavery young Frederick dreams of the day he and his people will be free. Yet until that day comes, his only escape is through the books he reads, which take him to worlds far from his own.

When a menacing overseer named Covey sees that Frederick is different from the others, he sets out to "break" the young reader. But Frederick's surprising response to Covey's brutality is an act of courage that frees forever what no person can hold captive: his spirit

In his picture book debut, fine artist Cedric Lucas a hauntingly realistic portrait of a cruel era. William Miller follows up his critically acclaimed Zora Hurston and the Chinaberry Tree with a timeless reminder to readers of all ages and backgrounds that freedom is something to never be taken for granted.