The War on Men 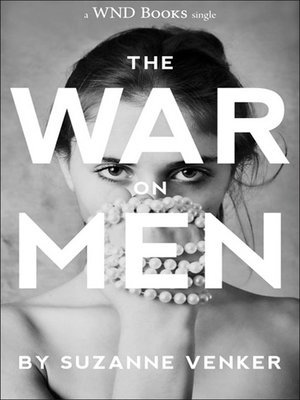 Over the last four decades, America has witnessed a profound change in marriage and gender relations—for the worse. And while there are definitely a handful of reasons for the fractured family unit, the most significant phenomenon to rupture marriage was feminism. In the span of a few short decades, the movement managed to demote its men from respected providers and protectors of the family to superfluous buffoons. To a large segment of the population, the idea that men can be victims at all is preposterous. Everyone knows there's more work to be done for women to achieve so-called equality. Everyone knows the patriarchy is alive and well. But Americans have been had. Feminism isn't about equal rights, nor is it about providing women with choices. I don't care how pretty feminists package their agenda—the mission is clear: Feminism is a war on men.

It's time to say what no one else will: The sexual revolution was a disaster. Modern men have no respect for modern women and vice versa. Marriage has turned into a competition rather than a partnership. Dating is defunct and any reference to gender differences it met with skepticism or outright derision. Post-feminist America thinks males and females are virtually identical. We've become genderless. To end the war on men, women must stop clamoring for something we already have—and have had for quite some time: equality. They must adopt the mantra equal, but different. Men and women have been equally blessed with amazing and unique qualities that each brings to the table. Isn't it time we stopped fussing about who brought what and just enjoy the feast?