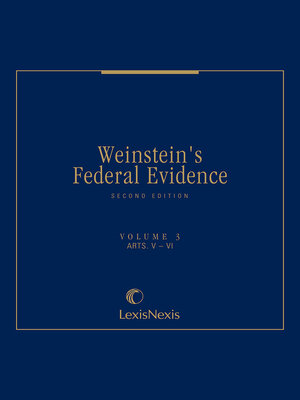 Weinstein's Federal Evidence is the backbone of any proper federal litigator's library. Comprehensive and authoritative, Weinstein's is cited in an average of half a dozen federal opinions every month, and was cited by the United States Supreme Court in most of its leading evidence decisions over the past decade.