Life and Times of Frederick Douglass: the Illustrated Edition 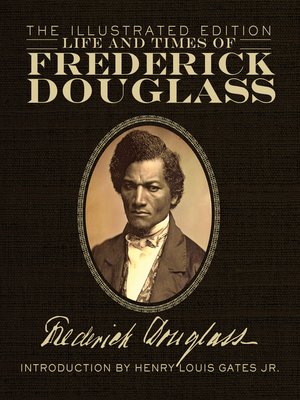 This richly illustrated edition of this classic American autobiography sheds new light on Douglass's famous text for a new generation of readers.
Famous orator and former slave Frederick Douglass published his third and last autobiography, Life and Times of Frederick Douglass, in 1881. No longer in danger as an escaped slave, it goes into greater detail and encompasses Douglass's entire life, from his early years living with his grandmother in Maryland to the events during and after the Civil War, including his meetings with presidents and dignitaries and his deep involvement with the burgeoning suffragist movement. His account reveals what life was like as a slave and how Douglass went on to escape from slavery and then dedicate his life to advocating equality for all people.
Including an introduction by acclaimed historian and PBS Finding Your Roots host Henry Louis Gates Jr., Douglass's words are augmented by:

Gain an even deeper understanding of one of the most important figures in American history with this illustrated edition of his final autobiography.