What Was World War I?

audiobook (Unabridged) ∣ What Was? 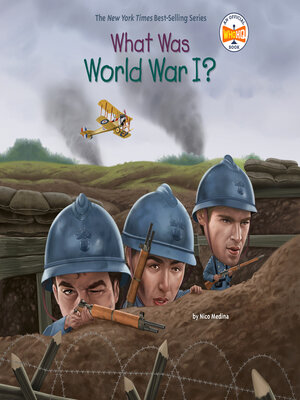 View more libraries...
This compelling addition to the What Was? series covers what was supposed to be “the war to end all wars” but tragically wasn't.
In 1914, the assassination of an Austrian archduke set off a disastrous four-year-long conflict involving dozens of countries with battles taking place in all parts of the world. World War I was the first to use planes and tanks as well as deadly gases that left soldiers blinded or “shell shocked” (a condition now called Post Traumatic Stress Syndrome). There were battles that lasted for months with opposing troops fighting from rat-infested trenches, battles that often ended in a hollow victory with only a small area of land retaken. The author of many successful Who HQ titles Nico Medina gives young readers a clear and compelling account of this long and tragic event, a war that left over 20 million dead and was the lead-up to World War II barely twenty years later.