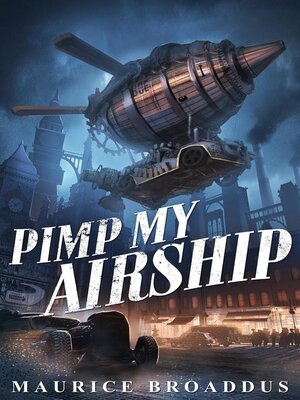 Revolution vibrates the airwaves in Indianapolis. Join Sleepy, 120 Degrees (of Knowledge Allah), and heiress Sophine Jefferson in a steampunk adventure as they battle for the soul of their city and their people.

All the poet called Sleepy wants to do is spit his verses, smoke chiba, and stay off the COP's radar—all of which becomes impossible once he encounters a professional protestor known as (120 Degrees of) Knowledge Allah. They soon find themselves on the wrong side of local authorities and have to elude the powers that be.

When young heiress Sophine Jefferson's father is murdered, the careful life she'd been constructing for herself tumbles around her. She's quickly drawn into a web of intrigue, politics, and airships, joining with Sleepy and Knowledge Allah in a fight for their freedom. Chased from one end of a retro-fitted Indianapolis to the other, they encounter outlaws, the occasional circus, possibly a medium, and more outlaws. They find themselves in a battle much larger than they imagined: a battle for control of the country and the soul of their people.

The revolution will not be televised!