The Time of Contempt 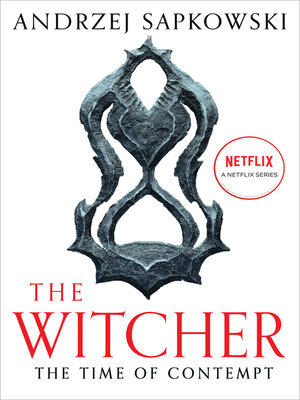 View more libraries...
To protect his ward Ciri, Geralt of Rivia sends her to train with the sorceress Yennefer. But all is not well within the Wizard's Guild in the second novel of the Witcher, Andrzej Sapkowski's groundbreaking epic fantasy series that inspired the hit Netflix show and the blockbuster video games.

Geralt is a Witcher: guardian of the innocent; protector of those in need; a defender in dark times against some of the most frightening creatures of myth and legend.
His task now is to protect Ciri. A child of prophecy, she will have the power to change the world for good or for ill—but only if she lives to use it.
Witcher collections
The Last Wish
Sword of Destiny
Witcher novels
Blood of Elves
The Time of Contempt
Baptism of Fire
The Tower of Swallows
Lady of the Lake
Season of Storms
Hussite Trilogy
The Tower of Fools
Warriors of God
Translated from original Polish by David French