The Bad Guys in the Others?! 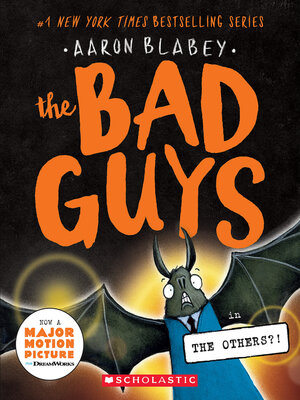 "I wish I'd had these books as a kid. Hilarious!" — Dav Pilkey, creator of Captain Underpants and Dog Man

hey may look like Bad Guys, but these wannabe heroes are doing good deeds... whether you like it or not in this New York Times bestselling illustrated series.

OK. A lot of the stuff we said on the back of the last book was NOT TRUE. We now admit that The Bad Guys is WEIRD. We also admit that it features ALL the weird stuff we said it didn't. PLUS there's now a whole bunch of even weirder stuff* involving an over-sharing bat, a really scary new character who lives in the woods, and a strangely confident little guy with a mullet. So, uh, don't relax, maybe FREAK OUT a little and have your MIND BLOWN by the BAD GUYS!

*One of the other weird things in this book happens on pages 130-131. A total white-out—the most powerful blast this series has ever known. We told you it's a weird book. And we hope you enjoy it!