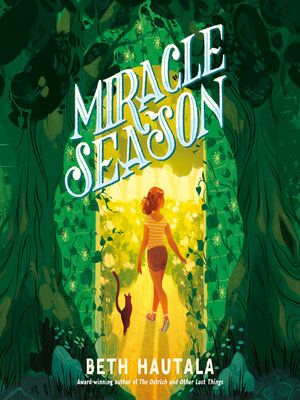 View more libraries...
In a magical story that blurs the lines between reality and the fantastic, Persephone Clark has a talent for making things grow, but in the wake of her brother's accident, the only things growing are the lies and secrets she's been keeping.
Thirteen-year-old Persephone Pearl Clark has never met a plant that wouldn’t bud or bloom for her. But lately, between the accident that left her older brother, Levi, with an irreversible brain injury, a messy fight with her once-best friend Mya, and a pile of lies growing faster than the stack of medical bills she collects from the post office every day, Persephone is stuck. She would give anything to change things for her family, but unfortunately, money doesn’t grow on trees.

So, when she stumbles upon Levi's unfinished application submitting their hometown of Coulter, Wisconsin, to Small Town Revival—the famous makeover show with a large financial prize attached—Persephone forges her older brother's signature and sends it in. She is certain she’s carrying out a dream Levi never got the chance to see to fruition. But as small-town gossip takes root and Persephone’s lies grow like weeds, the things that once bloomed for her are wilting instead.

With the help of unexpected allies including a wonderful but peculiar old woman and her possibly magical cat, Persephone learns that while planting the seeds of truth is never easy, everything blooms when it’s ready.