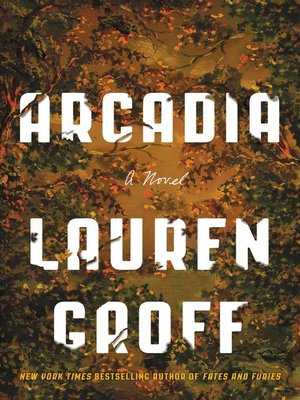 View more libraries...
A staggering portrait of a crumbling utopia, this "timeless and vast" novel filled with the "raw beauty" beautifully depicts an idyllic commune in New York State — and charts its eventual yet inevitable downfall (Janet Maslin, The New York Times).
NEW YORK TIMES BESTSELLER
"Timeless and vast... The raw beauty of Ms. Groff's prose is one of the best things about Arcadia. But it is by no means this book's only kind of splendor."—-Janet Maslin, The New York Times
"Even the most incidental details vibrate with life Arcadia wends a harrowing path back to a fragile, lovely place you can believe in."—-Ron Charles, The Washington Post
In the fields of western New York State in the 1970s, a few dozen idealists set out to live off the land, founding a commune centered on the grounds of a decaying mansion called Arcadia House. Arcadia follows this romantic utopian dream from its hopeful start through its heyday. Arcadia's inhabitants include Handy, the charismatic leader; his wife, Astrid, a midwife; Abe, a master carpenter; Hannah, a baker and historian; and Abe and Hannah's only child, Bit. While Arcadia rises and falls, Bit, too, ages and changes. He falls in love with Helle, Handy's lovely, troubled daughter. And eventually he must face the world beyond Arcadia.
In Arcadia, Groff displays her literary gifts to stunning effect.
"Fascinating."-—People (****)
"It's not possible to write any better without showing off."—-Richard Russo, author of the Pulitzer Prize-winning novel Empire Falls
"Dazzling."—-Vogue