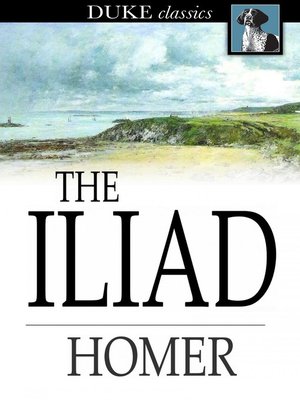 An epic tale of love and betrayal, war and hope The Iliad is the first of two legendary ancient poems attributed to the Greek bard Homer. Typically dated between the 8th and 7th centuries BC it is believed by many to be the earliest extant piece of European literature. The poem deals with the exploits of Agamemnon, Odysseus, Achilles, Ajax and their comrades in the final year of their siege of the city of Troy.