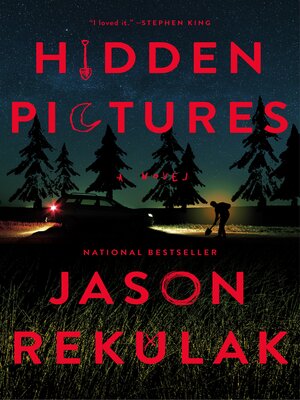 NATIONAL BESTSELLER · OPTIONED FOR NETFLIX BY A PRODUCER OF THE BATMAN
"I loved it." —Stephen King
From Edgar Award-finalist Jason Rekulak comes a wildly inventive spin on the supernatural thriller, for fans of Stranger Things and Riley Sager, about a woman working as a nanny for a young boy with strange and disturbing secrets.
Mallory Quinn is fresh out of rehab when she takes a job as a babysitter for Ted and Caroline Maxwell. She is to look after their five-year-old son, Teddy.
Mallory immediately loves it. She has her own living space, goes out for nightly runs, and has the stability she craves. And she sincerely bonds with Teddy, a sweet, shy boy who is never without his sketchbook and pencil. His drawings are the usual fare: trees, rabbits, balloons. But one day, he draws something different: a man in a forest, dragging a woman's lifeless body.
Then, Teddy's artwork becomes increasingly sinister, and his stick figures quickly evolve into lifelike sketches well beyond the ability of any five-year-old. Mallory begins to wonder if these are glimpses of a long-unsolved murder, perhaps relayed by a supernatural force.
Knowing just how crazy it all sounds, Mallory nevertheless sets out to decipher the images and save Teddy before it's too late.