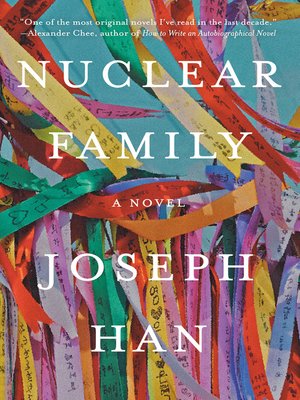 View more libraries...
A New York Times Book Review Editors' Choice
Set in the months leading up to the 2018 nuclear missile false alarm, a Korean American family living in Hawai'i faces the fallout of their eldest son's attempt to run across the Demilitarized Zone into North Korea in this "fresh, inventive, and at times, hilarious novel" (Kaui Hart Hemmings, author of The Descendants)
Things are looking up for Mr. and Mrs. Cho. Their dream of franchising their Korean plate lunch restaurants across Hawaiʻi seems within reach after a visit from Guy Fieri boosts the profile of Cho’s Delicatessen. Their daughter, Grace, is busy finishing her senior year of college and working for her parents, while her older brother, Jacob, just moved to Seoul to teach English. But when a viral video shows Jacob trying—and failing—to cross the Korean demilitarized zone, nothing can protect the family from suspicion and the restaurant from waning sales.
No one knows that Jacob has been possessed by the ghost of his lost grandfather, who feverishly wishes to cross the divide and find the family he left behind in the north. As Jacob is detained by the South Korean government, Mr. and Mrs. Cho fear their son won’t ever be able to return home, and Grace gets more and more stoned as she negotiates her family’s undoing. Struggling with what they don’t know about themselves and one another, the Chos must confront the separations that have endured in their family for decades.
Set in the months leading up to the 2018 false missile alert in Hawaiʻi, Joseph Han’s profoundly funny and strikingly beautiful debut novel is an offering that aches with histories inherited and reunions missed, asking how we heal in the face of what we forget and who we remember.