Queen of Our Times 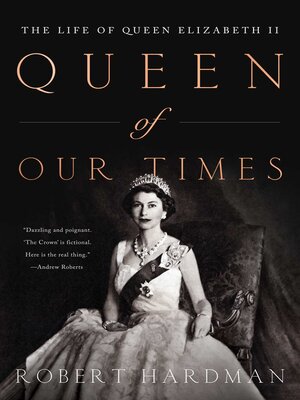 As seen on Good Morning America, CNN, and the BBC
Shy but with a steely self-confidence; inscrutable despite ten decades in the public eye; unflappable; devout; indulgent; outwardly reserved, inwardly passionate; unsentimental; inquisitive; young at heart.

Even with her recent passing at age ninety-six, she remains a twenty-first century global phenomenon commanding unrivalled respect and affection. Sealed off during the greatest peacetime emergency of modern times, she has stuck to her own maxim: "I have to be seen to be believed."

Robert Hardman, one of Britain's most acclaimed royal biographers, now wraps up the full story of one of the undisputed greats in a thousand years of monarchy. Hardman distills Elizabeth's complex life into a must-read study of dynastic survival and renewal. It is a portrait of a world leader who remains as intriguing today as the day she came to the Throne at age twenty-five.

With peerless access to members of the Royal Family, staff, friends, and royal records, Queen of Our Times brings fresh insights and scholarship to the modern royal story. There will be no more thorough, more readable, more original book on Elizabeth II as we celebrate a life and reign that, surely, will never be equaled.