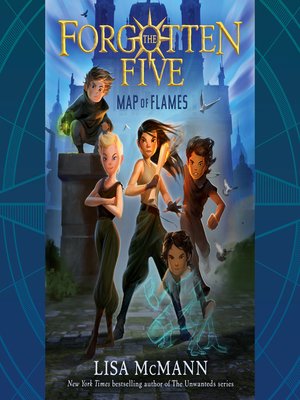 View more libraries...
X-Men meets Spy Kids in this instant New York Times bestseller! Here’s the first book in a new middle-grade fantasy/adventure series from the author of The Unwanteds.
Fifteen years ago, eight supernatural criminals fled Estero City to make a new life in an isolated tropical hideout. Over time, seven of them disappeared without a trace, presumed captured or killed. And now, the remaining one has died.

Left behind to fend for themselves are the criminals’ five children, each with superpowers of their own: Birdie can communicate with animals. Brix has athletic abilities and can heal quickly. Tenner can swim like a fish and can see in the dark and hear from a distance. Seven’s skin camouflages to match whatever is around him. Cabot hasn’t shown signs of any unusual power—yet.
Then one day Birdie finds a map among her father’s things that leads to a secret stash. There is also a note:

Go to Estero, find your mother, and give her the map.

The five have lived their entire lives in isolation. What would it mean to follow the map to a strange world full of things they’ve only heard about, like cell phones, cars, and electricity? A world where, thanks to their parents, being supernatural is a crime?