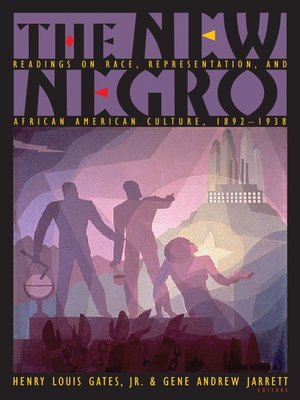 When African American intellectuals announced the birth of the "New Negro" around the turn of the twentieth century, they were attempting through a bold act of renaming to change the way blacks were depicted and perceived in America. By challenging stereotypes of the Old Negro, and declaring that the New Negro was capable of high achievement, black writers tried to revolutionize how whites viewed blacks—and how blacks viewed themselves. Nothing less than a strategy to re-create the public face of "the race," the New Negro became a dominant figure of racial uplift between Reconstruction and World War II, as well as a central idea of the Harlem, or New Negro, Renaissance. Edited by Henry Louis Gates, Jr., and Gene Andrew Jarrett, The New Negro collects more than one hundred canonical and lesser-known essays published between 1892 and 1938 that examine the issues of race and representation in African American culture.
These readings—by writers including W.E.B. Du Bois, Paul Laurence Dunbar, Alain Locke, Carl Van Vechten, Zora Neale Hurston, and Richard Wright—discuss the trope of the New Negro, and the milieu in which this figure existed, from almost every conceivable angle. Political essays are joined by essays on African American fiction, poetry, drama, music, painting, and sculpture. More than fascinating historical documents, these essays remain essential to the way African American identity and history are still understood today.