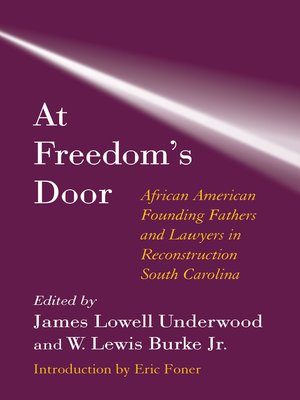 At Freedom's Door rescues from obscurity the identities, images, and long-term contributions of black leaders who helped to rebuild and reform South Carolina after the Civil War. In seven essays, the contributors to the volume explore the role of African Americans in government and law during Reconstruction in the Palmetto State. Bringing into focus a legacy not fully recognized, the contributors collectively demonstrate the legal acumen displayed by prominent African Americans and the impact these individuals had on the enactment of substantial constitutional reforms—many of which, though abandoned after Reconstruction, would be resurrected in the twentieth century.