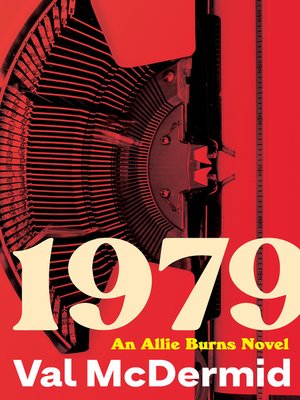 A Scottish journalist is drawn into a world of corruption, terror, and murder in the new novel by "one of crime fiction's most eminent writers" (Entertainment Weekly).

The year started badly and only got worse—blizzards, strikes, power cuts, and political unrest were the norm. For investigative journalist Allie Burns, however, someone else's bad news was the unmistakable sound of opportunity knocking, and 1979 is ripe with possibilities.

But Allie is a woman in what is still a man's world. Desperate to get away from the "women's stories" the Glasgow desk keeps assigning her, she strikes up an alliance with wannabe investigative journalist Danny Sullivan. From the start, their stories create enemies. First an international tax fraud, then a potential Scottish terrorist group aiming to cause mayhem ahead of an impending referendum. And then Danny is found murdered in his flat. For Allie, investigative journalism just got personal.

The debut of an intense new series, 1979 is an atmospheric journey into the past with intriguing insight into the present, from a Diamond Dagger winner and multiple Edgar Award finalist.

"There are few other crime writers in the same league." —The Washington Post