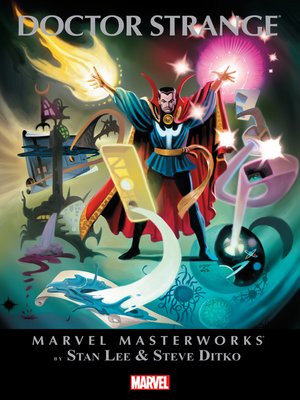 Collects stories from Strange Tales #110-111, 114-141 & Amazing Spider-Man Annual (1964) #2. Stephen Strange is Doctor Strange. But he is no doctor, at least not that kind that would initially come to mind. He is the Master of the Mystic Arts, a sorcerer supreme, a white knight who wields black magic against blacker villains still. Strange is mankind's only hope against the dark other-worldly forces that conspire to destroy the conscious world. Catch the beginning of Stan Lee and Steve Ditko's amazing run.