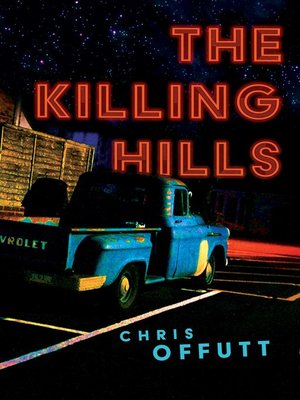 A veteran on leave investigates a murder in his Kentucky backwoods hometown in this Appalachian noir by the acclaimed author of Country Dark.
Mick Hardin, a combat veteran and Army CID agent, is home on a leave to be with his pregnant wife—but they aren't getting along. His sister, newly risen to sheriff, has just landed her first murder investigation—but local politicians are pushing for someone else to take the case. Maybe they think she can't handle it. Or maybe their concerns run deeper.
With his experience and knowledge of the area, Mick is well-suited to help his sister investigate while staying under the radar. Now he's dodging calls from his commanding officer as he delves into the dangerous rivalries lurking beneath the surface of his fiercely private hometown. And he needs to talk to his wife.
The Killing Hills is a novel of betrayal within and between the clans that populate the hollers—and the way it so often shades into violence. Chris Offutt has delivered a dark, witty, and absolutely compelling novel of murder and honor, with an investigator-hero unlike any in fiction.