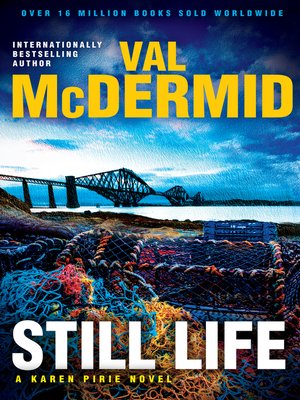 A Scottish police inspector deals with forgeries and false identities in a new murder mystery in the "superior series" (The New York Times).
When a lobster fisherman discovers a dead body in Scotland's Firth of Forth, DCI Karen Pirie is called into investigate. She quickly discovers that the case will require untangling a complicated web—involving a long-ago disappearance, art forgery, and secret identities—that seems to surround a painter who can mimic anyone from Holbein to Hockney. Meanwhile, a traffic accident leads to the discovery of a skeleton in a suburban garage. Karen has a full plate, and it only gets more stressful as the man responsible for the death of the love of her life is scheduled for release from prison, reopening old wounds just as she was getting back on her feet.
From a Diamond Dagger Award winner and multiple Edgar Award finalist, Still Life is a tightly plotted mystery featuring an investigator "whose unwavering confidence is tempered by a strong dose of kindness and sense of justice" (Booklist).

"There are few other crime writers in the same league."—Maureen Corrigan, The Washington Post