The Once and Future Witches 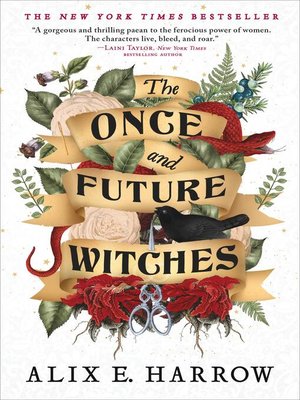 View more libraries...
"A gorgeous and thrilling paean to the ferocious power of women. The characters live, bleed, and roar. "―Laini Taylor, New York Times bestselling author
A NEW YORK TIMES BESTSELLER • Winner of the British Fantasy Award for Best Fantasy Novel • Named One of the Best Books of the Year by NPR Books • Barnes and Noble • BookPage
In the late 1800s, three sisters use witchcraft to change the course of history in this powerful novel of magic, family, and the suffragette movement.
In 1893, there's no such thing as witches. There used to be, in the wild, dark days before the burnings began, but now witching is nothing but tidy charms and nursery rhymes. If the modern woman wants any measure of power, she must find it at the ballot box.
But when the Eastwood sisters―James Juniper, Agnes Amaranth, and Beatrice Belladonna―join the suffragists of New Salem, they begin to pursue the forgotten words and ways that might turn the women's movement into the witch's movement. Stalked by shadows and sickness, hunted by forces who will not suffer a witch to vote―and perhaps not even to live―the sisters will need to delve into the oldest magics, draw new alliances, and heal the bond between them if they want to survive.
There's no such thing as witches. But there will be.
An homage to the indomitable power and persistence of women, The Once and Future Witches reimagines stories of revolution, motherhood, and women's suffrage—the lost ways are calling.
Praise for The Once and Future Witches:
"A glorious escape into a world where witchcraft has dwindled to a memory of women's magic, and three wild, sundered sisters hold the key to bring it back...A tale that will sweep you away."―Yangsze Choo, New York Times bestselling author
"This book is an amazing bit of spellcraft and resistance so needed in our times, and a reminder that secret words and ways can never be truly and properly lost, as long as there are tongues to speak them and ears to listen."―P. Djèlí Clark, author The Black God's Drum
For more from Alix E. Harrow, check out The Ten Thousand Doors of January.