Every Tongue Got to Confess 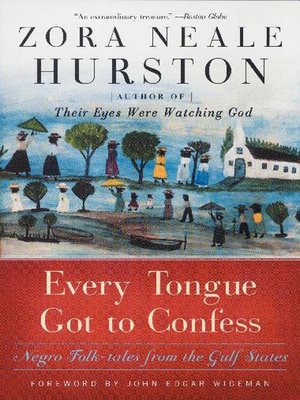 An extensive volume of nearly 500 folktales celebrating African American oral tradition, community, and faith, collected by Zora Neale Hurston on her travels through the Gulf States in the late 1920s. The New York Times calls these bitter and often hilarious tales “splendidly vivid and true”.

Every Tongue Got to Confess is an extensive volume of African American folklore that Zora Neale Hurston collected on her travels through the Gulf States in the late 1920s.

The bittersweet and often hilarious tales -- which range from longer narratives about God, the Devil, white folk, and mistaken identity to witty one-liners -- reveal attitudes about faith, love, family, slavery, race, and community. Together, this collection of nearly 500 folktales weaves a vibrant tapestry that celebrates African American life in the rural South and represents a major part of Zora Neale Hurston's literary legacy.