audiobook (Unabridged) ∣ Reconstruction and the Dawn of Jim Crow 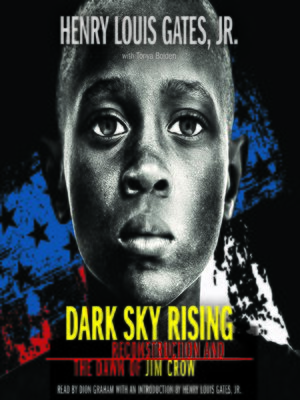 Henry Louis Gates, Jr. presents a journey through America's past and our nation's attempts at renewal in this look at the Civil War's conclusion, Reconstruction, and the rise of Jim Crow segregation.

This is a story about America during and after Reconstruction, one of history's most pivotal and misunderstood chapters. In a stirring account of emancipation, the struggle for citizenship and national reunion, and the advent of racial segregation, the renowned Harvard scholar delivers a book that is illuminating and timely. Real-life accounts drive the narrative, spanning the half century between the Civil War and Birth of a Nation. Here, you will come face-to-face with the people and events of Reconstruction's noble democratic experiment, its tragic undermining, and the drawing of a new "color line" in the long Jim Crow era that followed. In introducing young readers to them, and to the resiliency of the African American people at times of progress and betrayal, Professor Gates shares a history that remains vitally relevant today.This audio edition features an introduction narrated by Henry Louis Gates, Jr..