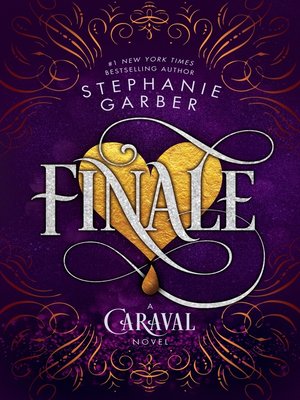 FINALE is the "thrilling and surprising conclusion" (ENTERTAINMENT WEEKLY) to the #1 NEW YORK TIMES bestselling Caraval trilogy
A love worth fighting for. A dream worth dying for. An ending worth waiting for.
It's been two months since the Fates were freed, since Legend claimed the throne for his own, and since Donatella discovered the boy she fell in love with doesn't really exist.
With lives, empires, and hearts hanging in the balance, Tella must decide if she's going to trust Legend or a former enemy. After uncovering a secret that upends her life, Scarlett will need to do the impossible. And Legend has a choice to make that will forever change and define him.
Caraval is over, but perhaps the greatest game of all has begun.
Continue Jacks's story in ONCE UPON A BROKEN HEART, out now!