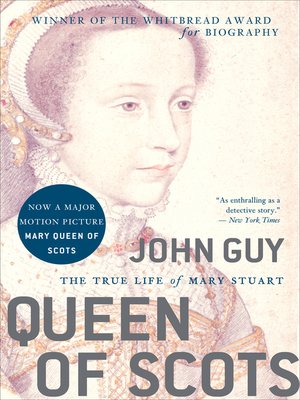 "A triumph . . . A masterpiece full of fire and tragedy." —Amanda Foreman, author of Georgiana

In the first full-scale biography of Mary Stuart in more than thirty years, John Guy creates an intimate and absorbing portrait of one of history's greatest women, depicting her world and her place in the sweep of history with stunning immediacy. Bringing together all surviving documents and uncovering a trove of new sources for the first time, Guy dispels the popular image of Mary Queen of Scots as a romantic leading lady—achieving her ends through feminine wiles—and establishes her as the intellectual and political equal of Elizabeth I.

Through Guy's pioneering research and superbly readable prose, we come to see Mary as a skillful diplomat, maneuvering ingeniously among a dizzying array of factions that sought to control or dethrone her. Queen of Scots is an enthralling, myth-shattering look at a complex woman and ruler and her time.

"Reads like Shakespearean drama, with all the delicious plotting and fresh writing to go with it." —The Atlanta Journal-Constitution