A Macat Analysis of Characteristics of Negro Expression 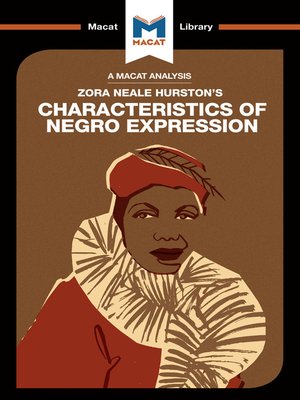 Using material collected on anthropological expeditions to the South, Zora Neale Hurston explains how expression in African American culture in the early 20th century departs from the art of white America. At the time, African American art was often criticized for copying white culture. For Hurston, this criticism misunderstood how art works. European tradition views art as something fixed. But Hurston describes a creative process that is ever-changing and largely improvisational. She maintains that African American art works through a process called 'mimicry'—where an imitated object or verbal pattern, for example, is altered until it becomes something new, novel, and worthy of attention.