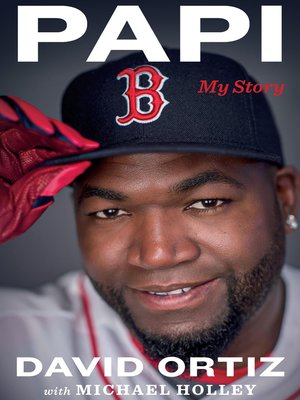 View more libraries...
The Red Sox Hall of Famer and World Series MVP tells the story of his life and career in a sports memoir that "lives up to its 'no-holds-barred' billing" (Washington Post).

David "Big Papi" Ortiz is a baseball icon and one of the most popular figures ever to play the game. A star player with the Boston Red Sox for fifteen years, Ortiz helped to win three World Series, bringing back a storied franchise from "never wins" to "always wins." As he launched balls into the stands again and again, he helped silence the naysayers while capturing the imaginations of millions of fans.

Ortiz made Boston and the Red Sox his home, his place of work, and his legacy. In Papi, Ortiz tells his story in his own words, opening up as never before. The result is a revelatory tale of a storied career—all told by a legendary player with a lot to say at the end of his time in the game.

This edition of Papi includes a new afterword.

"Baseball fans of all loyalties will enjoy learning about [Ortiz's] unique experiences in and out of the game." —Library Journal

"The rise of Ortiz from scrap-heap bench player to Hall of Famer is an unlikely and entertaining story, and engagingly told." —Washington Post