ebook ∣ The Hidden History of the Underground Railroad 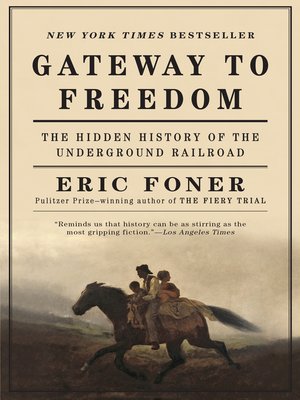 The dramatic story of fugitive slaves and the antislavery activists who defied the law to help them reach freedom.

More than any other scholar, Eric Foner has influenced our understanding of America's history. Now, making brilliant use of extraordinary evidence, the Pulitzer Prize–winning historian once again reconfigures the national saga of American slavery and freedom.

A deeply entrenched institution, slavery lived on legally and commercially even in the northern states that had abolished it after the American Revolution. Slaves could be found in the streets of New York well after abolition, traveling with owners doing business with the city's major banks, merchants, and manufacturers. New York was also home to the North's largest free black community, making it a magnet for fugitive slaves seeking refuge. Slave catchers and gangs of kidnappers roamed the city, seizing free blacks, often children, and sending them south to slavery.

To protect fugitives and fight kidnappings, the city's free blacks worked with white abolitionists to organize the New York Vigilance Committee in 1835. In the 1840s vigilance committees proliferated throughout the North and began collaborating to dispatch fugitive slaves from the upper South, Washington, and Baltimore, through Philadelphia and New York, to Albany, Syracuse, and Canada. These networks of antislavery resistance, centered on New York City, became known as the underground railroad. Forced to operate in secrecy by hostile laws, courts, and politicians, the city's underground-railroad agents helped more than 3,000 fugitive slaves reach freedom between 1830 and 1860. Until now, their stories have remained largely unknown, their significance little understood.

Building on fresh evidence—including a detailed record of slave escapes secretly kept by Sydney Howard Gay, one of the key organizers in New York—Foner elevates the underground railroad from folklore to sweeping history. The story is inspiring—full of memorable characters making their first appearance on the historical stage—and significant—the controversy over fugitive slaves inflamed the sectional crisis of the 1850s. It eventually took a civil war to destroy American slavery, but here at last is the story of the courageous effort to fight slavery by "practical abolition," person by person, family by family.