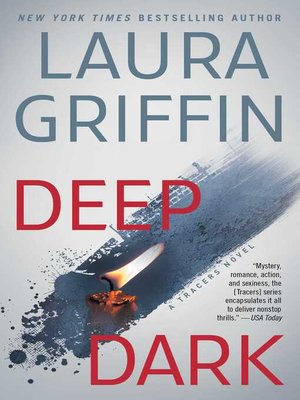 View more libraries...
The tenth novel in the New York Times bestselling Tracers series is a gripping romantic thriller from the author who "never fails to put me on the edge of my seat" (USA TODAY).
The moment detective Reed Novak steps onto the crime scene, he knows the case is going to rock his world. A beautiful young woman murdered at home. No sign of forced entry. No motive. She's obviously not the killer's first victim, and Reed's instincts tell him she won't be his last. Reed's first clue comes via a mysterious text that links to a dating profile, but even more intriguing than the clue is the person who sent it.

As a white-hat hacker in the Delphi Center's cyber investigation unit, Laney Knox sneaks into some of the deepest, darkest corners of the Internet looking for predators. Laney would prefer to stay away from Austin PD's most recent murder case, but she can't ignore the chilling similarities between that crime and her own brutal attack years ago. Laney offers to help the sexy lead detective, but he wants more from her than just a promising tip—Reed wants her trust. Laney resists, but as their relationship deepens she's tempted to reveal the closely guarded secrets that could make her a key witness...or the killer's next victim.