ebook ∣ A Harrowing True Story of Survival in the Amazon 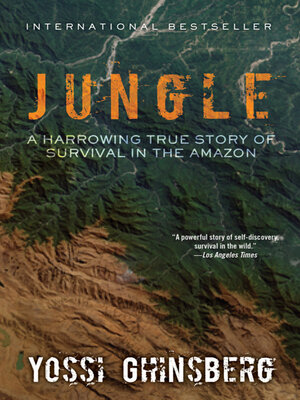 View more libraries...
An Israeli adventurer recounts "a powerful story of self-discovery, survival in the wild" (Los Angeles Times).
Four travelers meet in Bolivia and set off into the heart of the Amazon rainforest, but what begins as a dream adventure quickly deteriorates into a dangerous nightmare, and after weeks of wandering in the dense undergrowth, the four backpackers split up into two groups. But when a terrible rafting accident separates him from his partner, Yossi is forced to survive for weeks alone against one of the wildest backdrops on the planet. Stranded without a knife, map, or survival training, he must improvise shelter and forage for wild fruit to survive. As his feet begin to rot during raging storms, as he loses all sense of direction, and as he begins to lose all hope, he wonders whether he will make it out of the jungle alive.
The basis of the motion picture starring Daniel Radcliffe, Jungle is the story of friendship and the teachings of nature, and a terrifying true account that you won't be able to put down.
Praise for Jungle
"A damn good read . . . it has the immediacy that puts the reader right there in the biting, clinging, rash-provoking jungle." —Lawrence Millman, author of Last Places
"Simply breathtaking. Yossi's story of survival haunted me for weeks." —Bryce Courtenay, author of The Power of One
"Told simply and yet with a novelist's eye for structure and drama, the story unfolds like a nightmare movie." —Sun Herald