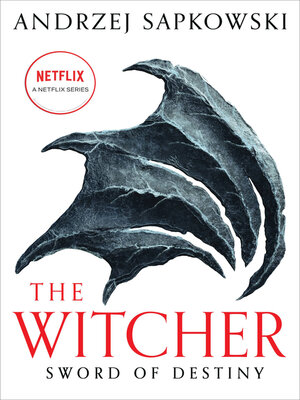 Geralt is a Witcher, a man whose magic powers, enhanced by long training and a mysterious elixir, have made him a brilliant fighter and a merciless hunter. Yet he is no ordinary killer: his targets are the multifarious monsters and vile fiends that ravage the land and attack the innocent.

Sword of Destiny is the follow up to The Last Wish, and together they are the perfect introduction to a one of a kind fantasy world.
Witcher collections
The Last Wish
Sword of Destiny
Witcher novels
Blood of Elves
The Time of Contempt
Baptism of Fire
The Tower of Swallows
Lady of the Lake
Season of Storms
Hussite Trilogy
The Tower of Fools
Warriors of God
Translated from original Polish by David French